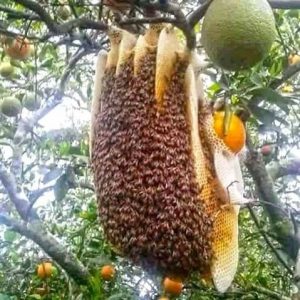 Set your meetings, phone calls and emails aside, at least for the next several minutes. That’s because today you’re a bee.

It’s time to leave your hive, or your underground burrow, and forage for pollen. Pollen is the stuff that flowers use to reproduce. But it’s also essential grub for you, other bees in your hive and your larvae. Once you’ve gathered pollen to take home, you or another bee will mix it with water and flower nectar that other bees have gathered and stored in the hive. But how do you decide which flowers to approach? What draws you in?

In a review published last week in the journal Functional Ecology, researchers asked: What is a flower like from a bee’s perspective, and what does the pollinator experience as it gathers pollen? And that’s why we’re talking to you in the second person: to help you understand how bees like you, while hunting for pollen, use all of your senses — taste, touch, smell and more — to decide what to pick up and bring home.

Good question. How about an answer?
No, I’m an expert bee. Get me out of this hive.