The City of Encinitas adopted the Bee City USA resolution!

The famous Xerces Society created Bee City USA as one of many of their programs to help conserve pollinators, especially our native ones which include mason bees, leaf cutter bees, minor bees, butterflies, bumblebees, beetles, hummingbirds, bats, etc. Everyone talks about saving the honeybee, but the native insects and birds don’t get the attention they deserve. 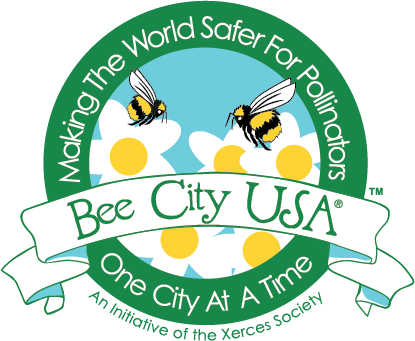 James McDonald and Rose Hogling stood in front of City Council to urge Encinitas to become a Bee City. A former member of the Encinitas Environmental Commission, Inge Bisconer, spoke at City Council to show support of Encinitas Bee Company’s proposal for adopting the Bee City Resolution. Eric Robinson, founder of the San Diego Beekeeping Society and literal rocket scientist, also spoke to voice his support of Bee City USA. The policy quickly became a part of the agenda and received 5/5 votes for Encinitas to become a Bee City. We hope all of San Diego County and beyond consider becoming a bee city as well.
Bee City USA is important to maintaining our biodiversity, and is in line with governor Gavin Newsome’s 30 30 program, to restore 30% of California’s land and waters by the year 2030. Organisms are going extinct at a record rate and the Xerces society is devoted to preventing more extinctions.
The exact same mechanisms that are killing our native pollinators are killing the honey bee. Neither will do well so long as toxins are pumped into our environment and habitats are destroyed. Bee City USA provides a framework and valuable resources to assist communities with conserving our pollinators and crucial habitats as the city of Encinitas develops.
Without pollinators, ecosystems collapse. Pollination is crucial to the biodiversity and resiliency of our ecological communities. If nature collapses, humanity won’t be far behind it.
Learn more about Bee City USA https://beecityusa.org/