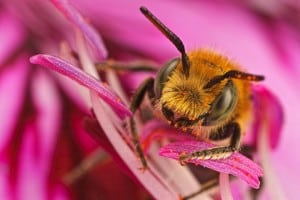 A SCHISM has recently divided those who love nature.

“New conservationists” have been shaking up the field, proposing new approaches that break old taboos — moving species to new ranges in advance of climate change, intervening in designated wilderness areas, using nonnative species as functional stand-ins for those that have become extinct, and embracing novel ecosystems that spring up in humanized landscapes.

Some “old conservationists” have reacted angrily to this, preferring to keep the focus on protecting wilderness and performing classical restoration that keeps ecosystems as they were hundreds of years ago. Editorials, essays and books have been lobbed back and forth, feathers have been ruffled and conservation groups and government officials have felt pressure from both sides.

The truth is, despite the disagreements, both groups love nature and want to protect it. These seemingly competing alternatives are really complementary parts of the smartest strategy: We should try everything.

Conservation used to seem pretty straightforward: set aside tracts of nature and they will take care of themselves. It is not so simple anymore. Nature left unmanaged is changing in surprising ways because of the great and accelerating human influences of what is being called the Anthropocene — the new epoch of climate change, species movements and global-scale land-use change. Today, keeping nature functioning the way it did before the Industrial Revolution requires increasingly hard and expensive work.

At Yellowstone National Park, for example, nonnative trout are fished out of lakes; nonnative plants are ripped up; bison are culled to preset numbers. In California, salmon fry are trucked down to the ocean when drought dries up streams. In Maryland and Virginia, baby oysters are raised in hatcheries, then released into the Chesapeake Bay.

At the same time, we have begun tinkering with nature to help it cope. In North Carolina, blight-resistant genes from Asian trees are bred into American chestnuts so that the mighty trees, devastated by human-introduced disease, might again dot Eastern forests. In the Indian Ocean, tortoises from the Seychelles are introduced to other islands to play the role of extinct tortoises there, eating fruit and dispersing seeds. In Canada, foresters replant harvested areas with seedlings from areas farther south or lower in altitude, betting that they will better survive a warmer climate.

In other cases, what seemed obviously helpful has turned out to hurt. A gallfly introduced to control spotted knapweed in the West ended up nourishing deer mice, which flourished and began gorging themselves on the seeds of the native plants the knapweed was threatening. In California, restoration projects to pull out nonnative spartina grass on beaches were called into question when the endangered clapper rail was found to nest there. Controlling nature can be risky.

We should do all three. In the face of great uncertainty, the sensible thing to do is hedge our bets and allocate large swaths of landscape to all three approaches: restoration, innovation and hands-off observation.
Continue reading the main story
Recent Comments
Steve Fankuchen
5 hours ago

After reading 50 + comments, I am impelled to reiterate a point: it is wrong to juxtapose humans to nature. We are as much a part of nature…
Steve Hunter
5 hours ago

The article ignores the most invasive specie of all, humans. We radically alter the climate, water resources and natural areas at an…
Khray Arai Teenai
5 hours ago

Aplet’s organization, The Wilderness Society, hired Mark Rey as a lobbyist, according to Politico. http://www.politico…

In the United States, the large landholdings of the federal government should be managed this way. We can classically restore in culturally resonant places like national parks, preserving the beloved landscapes and dynamics that sustained those ecosystems over thousands of years. Where we innovate, ideally in landscapes already significantly altered, we can focus our scientific talents and technology on species conservation, preserving the fantastic diversity of life.

And where we keep our hands off, perhaps in areas already set aside as wilderness, we can preserve nature wild and untrammeled. Unmanaged places like wilderness areas will most likely take on new and unexpected aspects as the climate changes. Familiar species will disappear and new species will move in. But we can learn as nature adapts to these challenges without our meddling.

No one approach will save everything. Ceasing all management will put many threatened species at risk for extinction. Restoring ecosystems to historical baselines may prevent them from adapting to change and lead to collapse. And innovation means creating untested systems that may also fail. Mistakes are inevitable. But at each site, we should fully commit to a single strategy. Otherwise, we risk a haphazard stew of approaches that don’t meet any goal.

No matter which reason motivates you most, working together and using a diversity of approaches is far better than inaction or squabbling. With hard work, political support and lots of money, we can have the cherished landscapes, the most endangered species, and the comfort of knowing there is still wild nature left. We just can’t expect to have them all in the same place.