people are robbing bees as price of almond pollination soar

Thieves have stolen hives with as many as 5 million bees in the northwest corner of Victoria state and the robberies have intensified in the past two months. With the insects in short supply, police say there’s high demand for hives in the local almond orchards, where farmers are cashing in on surging global demand amid a fourth year of drought in California, the world’s biggest producer.

“From a producer’s perspective, you can make a lot of money at the moment trading your almonds,” said Marc Soccio, an analyst at Rabobank International in Melbourne who specializes in consumer foods and rural economics. The thefts are “symptomatic of a relative shortage of bees. People are scrambling around to pollinate their crops.” 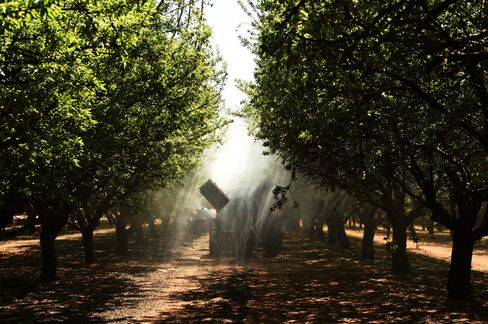