Why they call them killer bees 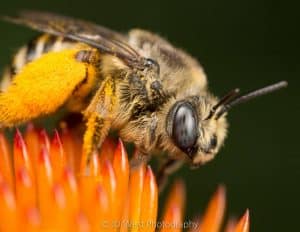 This is happening right now. It is not old news. San Diego is almost as bad. You have to be very careful. This is why we save so many colonies and turn them into domestic bees, It is to dilute the gene pool, so accidents like this do not happen.

Hikers are used to dealing with bears and snakes, but this summer’s big threat comes with wings: bees.

Last Thursday, Alex Bestler, 23, was hiking in Usery Mountain Regional Park in Arizona when bees attacked him, stinging him over 1,000 times and leading to his death a short time later.

Attacks of this type are becoming more prevalent every year in the Southwest. That same day, a 51-year-old male was hospitalized in Phoenix after being attacked. Bees almost killed a dog in southern California the next day. Reed Booth, the Killer Bee Guy from Bisbee, Arizona, said horses, goats, and dogs are killed each week.

Part of the reason is seasonal. While the bees can be active between 57 and 100 degrees Fahrenheit, Booth said they thrive in hotter temperatures. April and May typically see the most bee attacks because they are out pollinating flowers. “They’re just like humans,” Booth says. “They get hot and bothered.”

These are no normal bees, either. They are a hybrid between traditional Eurpoean honeybees and Africanized ones. The stings of the two species have similar effect, but Africanized bees produce more alarm pheromone, resulting in larger, swarming attacks.

All of the honeybees in Arizona are crossbred with Africanized honeybees. They are prevalent in the Southwest U.S., but have now been found in every state in the lower 48.

The incident last Thursday is still under investigation to see if Bestler and his hiking partner, were close to the hive when the bees swarmed. His partner was able to hide in the restrooms while the bees stung Bestler. Firefighters assisted at the scene and loaded Bestler into the utility vehicle with the swarm still in pursuit.

Booth says the best advice is to simply be aware. If you are stung, don’t panic or swat but run away. Find shelters indoors immediately, but not underwater, as they will wait for you to resurface and continue to sting. Booth also recommends that people carry mosquito nets for their heads when hiking in areas with known bee activity. The lethal dose of stings is 10 to 15 per pound of body weight, but it is recommended to seek medical help after being stung 30 times or mor
– See more at: http://www.backpacker.com/news-and-events/experts-urge-awareness-after-bees-kill-arizona-hiker/#sthash.hoR0J9h7.dpuf