The genius of the bee 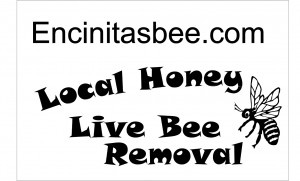 just how smart are honeybees? Scientists already know they are some of the cleverest insects on earth, capable of recognizing landmarks and different colors — and even smells — for navigation.

But it turns out that bee biologists are now discovering that the buzzing little critters are far brighter than scientists ever realized. The new findings are putting honeybees’ critical roles in nature and agriculture into an intriguing new perspective, scientists say.

One of the foremost honeybee ecologists in the country, Tom Seeley of Cornell University, says that while individual bees are astonishingly clever — given the fact that their brains may be the size of a few grains of sand — they really show their stuff when they organize into swarms.

Seeley has found that when they come together, honeybees generate a new, higher intelligence. This collective, advanced IQ — so to speak — gives the bees amazing power to select the right places to build their nests and raise their young, a constant life-or-death decision in the honeybee world.
http://www.tallahassee.com/story/life/home-garden/2016/04/21/scientists-talk-examines-brainy-honeybees/83358794/