The big buzz in Hollywood is legalized backyard bees 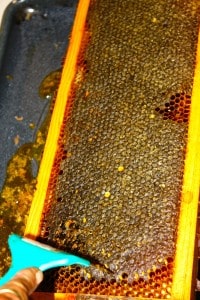 Good news, aspiring backyard beekeepers! The Los Angeles City Council voted to legalize urban beekeeping on Wednesday, overturning a ban from the dark days of 1879, when L.A. lawmakers outlawed beekeeping because — wait for it — they thought bees were attacking and damaging fruit.

Now, with a less preposterous understanding of bee pollination, L.A. is joining the ranks of other major cities abuzz with bees: New York, San Francisco, and Paris, to name a few. Even the White House keeps its own bees for honey.

“To bee or not to bee, that is the question,” said city council member Paul Koretz before the vote, according to Al Jazeera America. “But there is no question. We must have bees.”

The unanimous vote comes amid concerns about bee populations, which have dwindled due to a host of suspects: parasites, pesticides, and habitat loss, for example. Of course, Los Angeles has many beehives already — wild ones as well as illegal urban beekeeping operations that have flown under the radar.

The ordinance passed with some trepidation from community members who were concerned it would bring higher numbers of Africanized bees, the aggressive “killer bees” that arrived in L.A. in the ’90s, to residential areas. However, the tamer European honeybee that beekeepers raise is a bee of principle: It only attacks in defense of its hive.