The bees win big in Africa 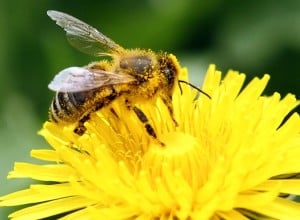 Bee-Pak™ is trademarked as the ‘world’s first flat pack composite beehive system’. The innovation has an encapsulated thermal core to insulate the beehive and is designed to optimise the health, survival and production capacity of bees, which are primary food security pollinators.

Bee-Pak™ innovator, Greg Eberdeen says the beehive eliminates 60% of the pathogens that destroy bee colonies. It weighs 15kgs compared to wooden beehives weighing approximately 50kg, allowing people with limited transportation to field them easily. It has a lifespan of 50 years, where wooden hives last only 4 to 6 years. The objective is to build strong bee colonies critical for human survival, whilst addressing job creation in rural areas.
modern-bee-hive

“This prize from the SAB Foundation allows us to grow Bee-Pak substantially; most especially we have the opportunity to upscale our workforce immediately by more than 200 people from mostly rural communities. In addition, others can use the system as a means of income generation,” says Aberdeen.

Aberdeen says it has been three years of intensive research focusing on making a difference in the area of food security through a simplistic innovation. “Innovation doesn’t have to be all about technology, sometimes we need to go back to the basics to make the biggest difference.”
bee-hive-community

Anti-fungal treatment, CandidaFree Natural, was placed 2nd in the competition winning a grant of R500 000. The invention was based on a random screening of the antifungal activities of several trees that led to a PhD awarded by the University of Pretoria. It requires low technology to prepare the extracts and the trees are easy to cultivate and use of the leaves is sustainable. The compound, obliquumol, was discovered from natural plant extracts for the treatment of fungal infections.

Safe and Sound Technology – an external sensory device for the hearing impaired alerting the user to environmental sound through vibration.