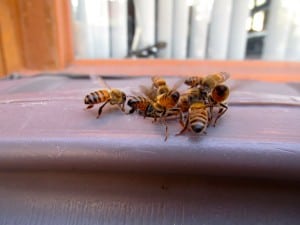 At EncinitasBee.com We remove the killer bee queen, and replace her with a domestic queen to create a docile colony.This is what happens when wild bees are left to their on devices, The only real hope in our battle against the killer bee is to breed them out. ………….Monday, June 29, 2015 Reuters

AUSTIN, Texas (Reuters) – A Texas farmer who disturbed an underground bee colony while plowing a field died after he was stung hundreds of times by a swarm that attacked him, a fire official said on Monday.

Rogelio Zuniga, 53, was killed on Sunday in Rio Hondo, near the border with Mexico, said Raul Zuniga, Jr., the San Benito fire chief and a cousin of the victim.